Skip to content
25Apr 2020 by Janice T. Puryear No Comments

Morality is a highly subjective term, and each individual develops his sense of right and wrong through his experiences, upbringing and the society around him. When a State makes laws, it keeps in mind a shared understanding of morality which people carry and are perceived to be traits of one’s character. In India, The Public Gaming Act of 1867 is a central law which dictates that running or being in charge of any public gambling house is a punishable offence with a penalty of rupees two hundred or imprisonment up to three months.  Changes in legislation regarding gambling are subject to states, that is, each state will have its right to formulate its laws on the subject of gaming. After the boom of the internet, gambling has found new ground to thrive on. The Indian law-making system has deliberately thrown gambling into a legal grey area. According to The Information Technology Act 2000 which severs as a regulator of cyber activities in India does not mention the words ‘Gambling’ or Betting’, leaving the law open to interpretation which the courts who have declined to examine the matter any further. The ‘Bombay Wager Act’ in Maharashtra banned online gambling in the state. The Indian gambling is estimated to have an earning be of US$ 60 billion annually out of which at least half of it comes from the illegal market. Goa, Daman and Sikkim are three states which allow gambling in casinos.  There are two casinos in Sikkim, ten in Goa and one in Daman. The Goa, Daman and Diu Public Gaming Act of 1976 stated these states and union territories could only set up casinos in five start hotels and offshore vessels. 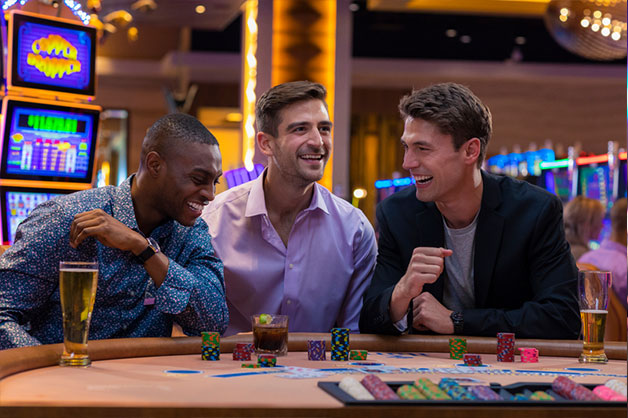 Yet, we must not forget that gambling has been a part of the Indian culture since ages and culture creates morality. Scrolls have been found dated back to 2000BC-1500BC providing evidence of gambling as a form of social entertainment, especially for the kings. Mahabharata is a prime example of mythology which is known for the game of dice. In the 15th century, India’s gambling industry was booming, and the government started imposing a gambling tax. After the European influence and the British take-over of India, gambling became ripe with lotteries, horse racing and rummy. In the present era, all most sports, especially cricket and football, are filled with betting rings, rackets and online bids.

The second-largest population in the world and an extensive history of gambling is enough to analyse that Indian’s gamble quite a lot. From small cockfights in the villages to the Indian Premier League all are an active part of everyday gambling. So, is this a moral issue? For some people it is alright to gamble on Deepawali but not any other day, for some, it is okay to buy lotteries but not put money on cricket matches. We form morality ourselves. The Indian government does not allow mobile gambling, but we have examples of countries like Singapore, Macau and Australia who have boosted their economy through gambling.